A personal account from data collection for Data Point 3 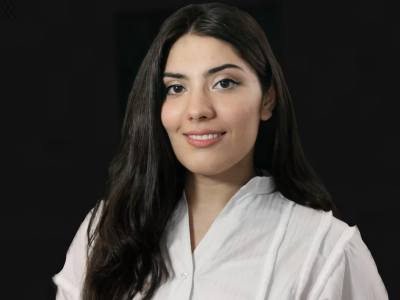 On a scorching hot summer day, labour workers held bricks in their hands in a stiff and stinky atmosphere, under the burning sun, to construct a house in Peshawar. It was the month of July. The wind was silent and motionless. The trees and plants looked stationary beneath the sun. The birds were all gasping for breath. Under this blistering heat, several labourers were working hard.

Muneer (1) continued to work despite the unbearable heat, his face and body covered in sweat, along with other workers. Muneer is 19  years old. He is an Afghan refugee in Pakistan, and aspires to become a doctor as a way to change his future. He recently graduated from school, but despite these twelve years of education, he is working as a labourer in the hot month of July.

Muneer is one of the students participating in the Voices of Refugee Youth research study: a study tracking education transitions to build the evidence base for post-primary education for refugee youth in Pakistan and Rwanda. As an Afghan refugee studying in Pakistan, he is one of over 1000 students who have participated in the research study’s surveys and interviews at several points over the last two year, following his journey through education and employment.

During the third data point of the research study (DP3), I called Muneer twice. On the first occasion, he picked up his phone and said that he is working and cannot speak to me right now. I called him again the next day at the same time: his response was the same. This time I managed to ask him where he was working; he named a place near where I live, and I decided to meet him in person to complete the survey.

When we met, Muneer spoke about his aims and ambitions of becoming a doctor. However, because he is an undocumented refugee in Pakistan, he is unable to get a scholarship to go to university.

There are many more children like Muneer who want to change their future. Instead of being labour workers and holding bricks, they want to hold books and pens. Unfortunately, their future employment aspirations and dreams are being crushed by the cruel hands of destiny. According to the latest statistics by UNHCR, the number of refugees across the world has increased over the last decade. In 2010, it was estimated that 41 million people were forcibly displaced, while the figures rose to 82 million by 2020 (UNHCR Flagship report, 2022).

Pakistan hosts a massive population of refugees, on top of the other challenges it faces. There are 1.4 million registered Afghan refugees living in Pakistan (IOM Migration Data Portal, 2021) and, as of 2017 estimations, a further 600,000 to one million undocumented Afghan refugees (UNHCR, 2017). This makes Pakistan host to one of the world’s largest refugee populations. However, there is an urgent need to systematically address the unregistered refugee population in Pakistan. Hundreds of Afghan refugee youth are unregistered and undocumented, which therefore means that they cannot continue on to university. This issue is holding hundreds of youth from continuing their education in their host communities.

“I have a dream of becoming a doctor and treat[ing] people; I wish to hold a stethoscope instead of these bricks.” Despite all these challenges, Muneer is still hopeful. He is not alone among the hundreds of refugees striving for their future and seeking to continue their education. However, documentation remains a key barrier to achieving this dream.

(1) The name has been changed to preserve the anonymity of this refugee.