Reflections on co-authorship in academic research 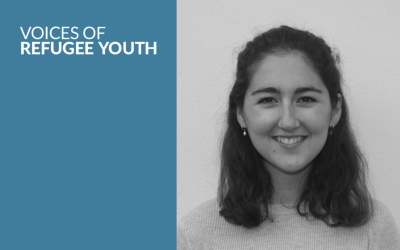 Participation is at the heart of the Voices of Refugee Youth study. From the outset, we have sought to find ways in which the youth researchers in Pakistan and Rwanda and Jigsaw/REUK staff in the UK can all make valuable contributions to every stage of the research process. Recently, this has involved the co-authorship of a journal article (currently under review) reflecting on the experience of delivering a participatory, youth-centred research study. This blog outlines the learnings which emerged from the process of writing the article, in the hope they can inform other efforts to increase diversity and representation in academic literature.

How did we approach co-authorship?

Producing a co-authored journal article has been outlined as a key output of the study since its inception. We began by determining the authorship team. Since it would not be feasible to include all 31 youth researchers in the team, they were invited to submit an application. Four youth researchers (two from Pakistan and Rwanda respectively, split evenly by gender) were selected, based on the quality of their application, experience of producing written reports and level of written English. They were joined by a sub-group of the Jigsaw/REUK researchers who work on the Voices of Refugee Youth study.

To begin the process of writing the article, the youth researchers were sent a series of questions/guiding prompts related to the article’s topic, in response to which they each produced several paragraphs of writing. This stage was collaborative – the Jigsaw/REUK team worked closely with the youth researchers by providing feedback and suggestions, and their writing went through several stages of revision.

The final written output from each youth researcher was then used as the foundation for the first draft of the article. The Jigsaw/REUK team undertook a process of linking together the different points and structuring the article accordingly. Having threaded together the argument, based on the youth researchers’ contributions, the Jigsaw/REUK team then added the framing material for the article and wrote any additional text required to complete the draft. As with all academic articles, this then went through several stages of editing – including a review completed by the youth researchers – before a final draft was submitted to the selected journal.

What did we learn from this approach?

While this approach enabled collaboration and written input from all authors, it was not without challenges. This arose primarily from the asynchronous nature of the different written contributions. While youth researchers contributed the main perspective of the article (through the production of written paragraphs on key topics), the Jigsaw/REUK team were tasked with threading together the different contributions and structuring the overall argument. This led to conversations over how best to frame the pre-written content. Quoting it verbatim seemed the most authentic way to represent each youth researcher’s voice and perspective. However, treating the youth researcher’s writing as quasi-interview data seemed to diminish their role as co-authors. Moreover, a certain amount of editing and combining of voices was required to produce a cohesive overarching argument.

These questions about editing together different written contributions were linked to discussions about the article’s tone of voice. Understandably, all authors have different styles of writing, and co-authorship is always a collaborative process in order to achieve a blended voice. This is exacerbated when the co-authors have varying levels of proficiency in the chosen language (in this case, English). Creating a cohesive tone of voice for the article therefore required a certain level of editing and threading together of different voices. However, there was wariness of editing the various contributions to the article to the extent that certain voices (particularly those more confident in writing in English) were at risk of dominating others.

These debates about collaboration and voice ultimately centred around the question of what constitutes authorship. At the beginning of the process, written authorship was primary. The youth researchers wrote paragraphs on the key topics of the article, which were treated as foundational to the argument. However, by the end of the editing process and the many discussions about the cohesion of all authors’ voices, we began to understand authorship as a broader process. In particular, spoken contribution and collaborative discussion was viewed as much a part of authorship as written contribution. These forms of contribution were seen to enable the representation of all perspectives, even when the article itself presented one cohesive voice. To underpin this representation, we also chose to include a selection of quotations from all authors within the article: this was viewed as a way to highlight individual voices and show their contribution to the collective whole. As a result, a careful balance of individuality and cohesion was struck in our approach.

What would we recommend for future approaches to co-authorship?

Overall, the process of co-authorship was a highly positive experience. It not only sought to enrich a historically inaccessible academic space, but also facilitated greater dialogue and discussion around what constitutes representation. This will serve as a strong basis on which to approach the dissemination of findings for the Voices of Refugee Youth study, as it enters its final year.

Specifically, the process of facilitating and debating co-authorship provided two key learnings for future approaches, which we hope can be of benefit to others publishing in the academic space. Firstly, we would recommend the recognition that authorship need not be limited to written contribution. Processes which enable discussion and spoken contribution can help to facilitate co-authorship amongst a team in which there are differing levels of proficiency in the language of communication.

Secondly, and relatedly, co-authorship can be strengthened by a structured and regular process of discussion and feedback. In the process of creating and refining the article, we found that the greatest progress was made when all authors were involved in responding to queries and contributing to the draft in a structured manner. This helped to facilitate a process through which each author could feed in their perspective and draw upon their specific skill set. Placing a high level of emphasis on discussion should therefore be foundational to enable equal contribution across the team.

Co-authorship has been a crucial means through which to explore participation in all stages of the research process. The lessons we have learned and recommendations we have proposed are not exhaustive, and we recognise that our approach has been in itself exploratory. We therefore welcome feedback from others seeking to engage in discussions around the implementation of participatory approaches to carrying out and communicating research.