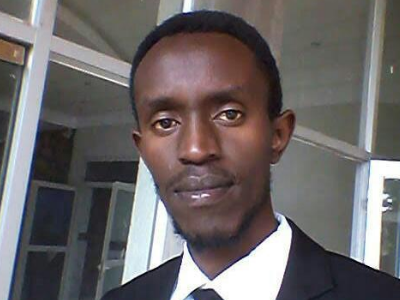 The Covid-19 pandemic, which has been causing disruption across the whole world, for more than two years, has had devastating effects on the lives of urban refugees from Huye district in Rwanda. It was in March 2020 that, in order to stop the spread of this pandemic, restrictive measures were taken by the Rwandan government. In the field of education, the impact of these pandemic-related restrictions, whilst bringing some opportunities for innovative forms of learning, has mainly caused challenges for refugees.

At the start of the pandemic with the establishment of a total lockdown, all public and private services were closed, and the students, from primary schools to universities, had to return home. Furthermore, at home, many refugee parents lost their jobs and so it was difficulty to feed their children at home. As a result, it was more difficult to support the education of children who spent several months at home doing nothing, and consequently some ended up in a form of delinquency.

For the university students from our community, this pandemic had consequences on their financial capacities because it made the duration of academic years much longer. For students in their final year, the challenge was enormous because they were due to finish their studies at the end of 2020, but they instead had to finish the following year with a loss of one year of teaching. So they not only lost a year of teaching, but they also lost money with additional expenses that were not planned because they were supposed to finish their studies in 2020. Thus, at the start of the lockdown, they stayed at the university to do their research, and at the reopening of the schools, they had nothing left in their budget.

Another challenge which was caused by pandemic-related restrictions was the difficultly of meeting university supervisors because many lecturers were working from home. It is for this reason that many students did not resume their studies as before, because lecturers no longer came to the classrooms daily. Instead, they used online systems such as Microsoft Teams, which requires a high speed internet connection. This caused an additional expense for the students. Due to the poor internet connection of the universities, students were obliged to buy their own internet connection in order not to fail to submit their assignments on time.

Besides that, there were further disturbances in studying conditions. For instance, in the middle of 2021, with the spread of the Delta variant, the Huye campus of UR which houses a lot of refugee students, had to close for a few weeks because there was an area near the campus that was put on lockdown due to an infection increase. After this, the students living in universities hostels were not allowed to leave the accommodation from 6:00 p.m each evening. This had negative effects on the budget of students who were forced to eat in the expensive restaurants inside their campuses, whereas they were previously subscribed to restaurants that are outside the campus at affordable prices.

All of this made university life even more complicated. It affected particularly the budget of refugee students who had to struggle to find financial means to supplement their university scholarships. Students needed to cover the costs of these additional months, but it was particularly difficult to find temporary work during the lockdown, since normal holiday work as a bar waiter or shopkeeper was not available. Additionally, the parents who were the other source of material support for refugee students, were no longer able to support them because the vast majority of them run small businesses in the markets or shops, which were closed from the start of the pandemic. Even after the reopening of activities, only 50% of businesses were allowed to open by alternating. This has severely worsened the economic situation of urban refugees.

Even though this pandemic has largely had a negative impact on education, it is worth noting that there are a couple of positive outcomes to mention. Firstly, refugee students have learned how to use electronic learning platforms. This was so beneficial for the students because not only was it a useful occupation during the period of school and university closures, but also it allowed them to follow online courses via the Coursera program, helping students to obtain certificates for validated courses. Thus, the electronic learning platforms were also beneficial to refugee students because it was a modern way of studying where they can find support from online discussion forums and it enabled them to study and practice whenever they wanted with an unlimited number of study materials. For these online studies, they were supported in particular by the Community Centre of Huye which played an important role in the education of refugee students during this pandemic. It made available for refugee students an internet connection and two computers for those who do not have one. Some of the students also took this period of lockdown as an opportunity of searching scholarships from developed countries.

Moreover, for refugee students who were in their last year of university, the pandemic has given them a little more time to carry out their individual research. They also learnt how to use modern technologies and today they are able to prepare a link and share it with other classmates, when organising an online meeting.

In conclusion, although the pandemic has now seriously decreased and most activities have returned to as they were before, it is still really important to recognise the way the pandemic has caused many challenges for refugee education in Huye and the way students continue to find new ways of learning.